Rompers and runners to love, or despise 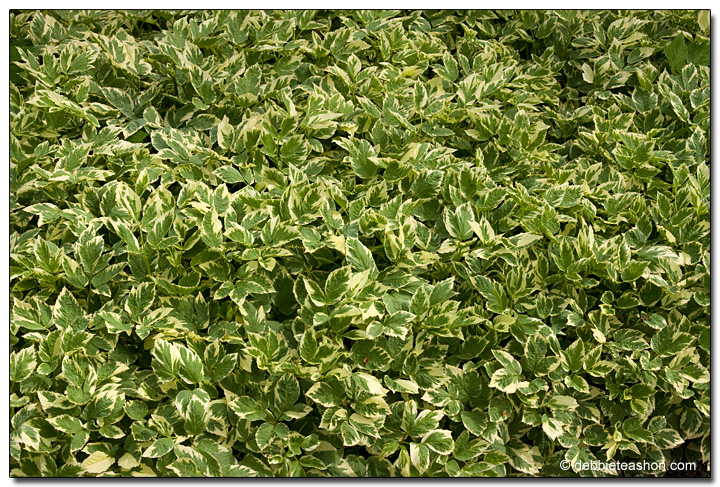 There are many great garden-worthy plants that spread out over a garden. I’ve grown quite a few of them.

Then there are the garden thugs—plants that romp around, overtaking anything not big enough to stand up to them. I’ve grown too many of those bullies.

I remember the first time I brought one home; it was so cute in its tiny pot in the nursery. The warning signs were there. The tag read: vigorous plant; height: 8 inches; width: spreads indefinitely.

There are also pieces of perennials that friends gave me from their garden, filled to overflowing with the same plant.

Even though the warning signs were there, I was busy admiring the foliage to notice.

Some of these plants should come equipped with a big, bright red warning label that reads: “Caution. These plants cannot be domesticated; plant at your own risk.”

Aegopodium podagraria is just one of those plants. An invasive thug, it will steal every bit of ground it can. True to its criminal nature, it has a few aliases. It disguises itself under common names such as Bishop’s weed, snow on the mountain, ground elder, and goutweed. I’ve also heard it called a few choice names that should not be repeated in polite company.

The first year planted in a meadow garden, it settled its cute little body into the surroundings. The following year it began to spread itself around in a small circle tentatively. The third year, the plant exploded like a racehorse out of the starter gate. It moved through the garden like a Triple-Crown winner. The race was on to cover as much ground as possible, ahead of everything and everyone.

This invader should have that warning label. Instead, Bishop’s weed sits on a few Kitsap County nursery shelves with other flats of ground covers. This perennial is sneaky enough to pass itself off as a demure perennial, putting on an air of innocence in variegated foliage of green and creamy white.

What’s not to love, says the unsuspecting buyer. Let me tell you. Trying to keep it in bounds will be useless. Not much will slow the beast down once released into the gardens.

Some plants are so beautiful I would like to grow them again, only this time planted in containers, such as the Japanese anemones (Anemone hupehensis). These perennial species and hybrids have great late summer to fall flowers and are striking perennials when they blossom. The problem is the plant thinks it is entitled to more ground than I want to give. When I think I have it all pulled out, pieces of root lurk underground, quietly waiting until I am too busy with other things to notice. I walk outside, and there it is, smiling smugly at me, ready to devour the garden again.

The cape fuchsias (Phygelius species and cultivars) behave similarly. Like the anemones, I forgive them and still want them in the garden—in a cage of pottery to tame the plant monster. Cape fuchsias are not related to hardy fuchsias. Unlike fuchsias that settle themselves in one spot and behave themselves, cape fuchsias sneak around underground, finding escape routes to other parts of the garden. Hummingbirds adore the tubular blossoms that dangle up and down long stems.

Some of our native plants are obnoxious when it comes to sharing the garden. The shamrock-like native Oxalis oregana hits the ground on the run. Not much waiting time for this one; it colonizes a garden bed quickly. However, it is helpful as a thick ground cover in the shade.

I hate to admit that I have planted my fair share of plant thugs in my lifetime. Although I am better informed about the plant material I introduce to a garden bed, it doesn’t mean I don’t occasionally carry home a plant thug on an impulse buy. Before I plant it, I know it’s best to research everything I can find out about the cute little mogwai-in-a-pot. Exposing it to light and giving it water might enable its gremlins to take over my garden.

There are already plenty of thugs out there, running around as if they own the place.