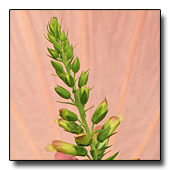 This morning while researching foxgloves, misogyny came screaming out from the pages of an old book from my shelves. I don’t often use this particular book in research, but I needed some folksy, traditional uses of plants for my story.

Before I go further, I want to be clear that I don’t have anything against science or medicine in and of itself. I know climate change is real, the earth is not flat, and science has improved our lives in many ways. Yet, I also have a beef with science. “Better living through chemistry” has turned us into beings that scorch the earth with poisons that science has brought us. AND science doesn’t have all the answers.

My quibble here is science taking the credit for many things they claim discoveries — for instance, folk medicine. Doctors now prescribed many remedies originated from herbs that healers throughout the ages successfully used to treat their patients. Scientists had taken credit for discovering it when they came from indigenous people, midwives, and healers.

Let us go back to what brought me to anger. While looking through my books to help flesh out a story, I came across the following two paragraphs about foxgloves.

“… Its long green leaves are powdered into digitalis, the cardiac stimulant that keeps millions of heart patients alive.

This use was discovered in 1775 by English physician William Withering. He heard of an old woman in Shropshire who practiced folk medicine with herbs gathered in the countryside. A patient afflicted with excessive fluid retention due to congestive heart failure, whom Withering expected to die, was cured by this healer. From the woman’s mostly useless bag of weeds, Withering identified foxglove as the key element in treating the swelling, or edema, associated with congestive heart failure….”

No. Withering did not discover what was already in use by a woman who saved her patient. Most likely, digitalis was passed down through generations of healers. Digitalis is one of the deadliest medicinal plants globally, yet the woman gave the correct amount that saved the man while not poisoning him.

Stop rewriting history; we can credit Withering with bringing it to mainstream doctors. He discovered a woman healer who helped him realize the plant’s medicinal properties.

The dismissive tone of that paragraph is what prompted me to write this. We will never know the woman’s name or if in that “mostly useless bag of weeds” could have carried herbs that helped with side effects from digitalis or other health issues associated with congestive heart failure. She is the hero in the story.

Many mainstream medicines used today are known because of traditional folk medicines. Crediting science with discovery is as absurd as crediting Columbus with discovering land in the western hemisphere. He found human beings already there.

I leave you with this image of a beautiful inter-species foxglove as a token of appreciation for all the women and men who helped heal others with their profound knowledge of herbs and plants before science “discovered them.”

Let’s give credit to those for whom honor is due.